New to this, first stab at a jet.

New to this, first stab at a jet.

OK, so I have been toying with the idea of doing one of these for over a year and finally decided to take the plunge. After lurking here and reading darn near every single thread and topic, I decided to try my hand at making a laminar jet. For sure I followed much of what I saw here but I approached this project as I do any. I'm cheap, really cheap. And I'm not a big fan of buying off the shelf anything favoring the DIY approach. My goal was to build a nozzle with decent laminar flow up to about 15 feet that I could also light RGB. My first hobby is Animated Christmas Lighting (there are videos on my website) so I have a fair amount of background and experience on the lighting side. My other goal was to do it for less than $20. 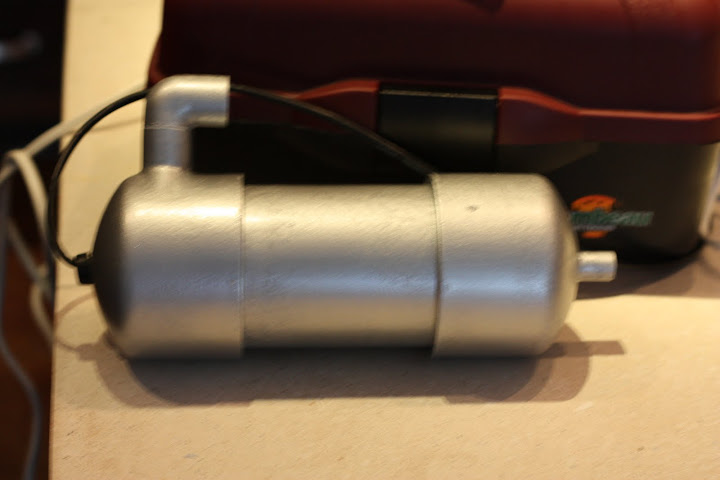 Here's the main housing. It's 3" PVC with plain caps at each end. The "nozzle" is a piece of milled PEX tubing about an inch long. 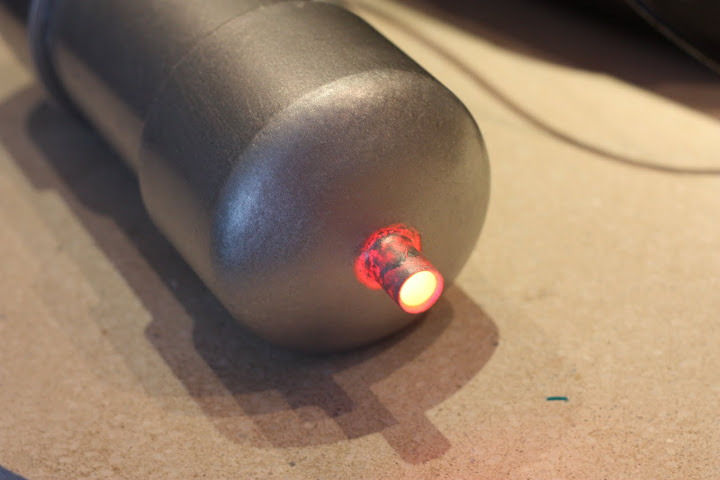 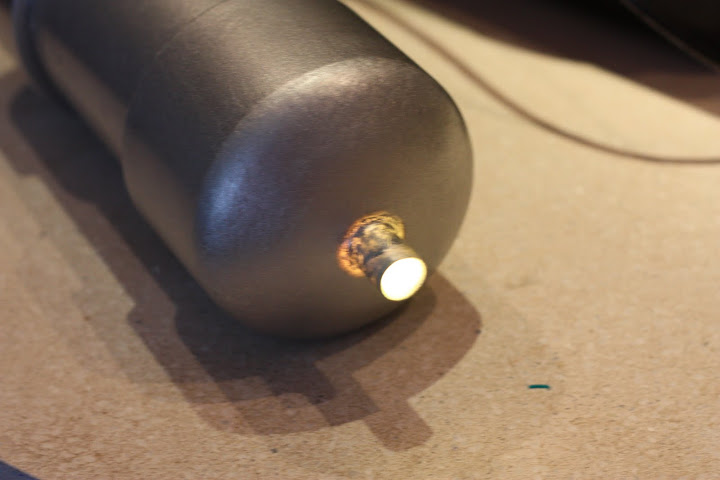 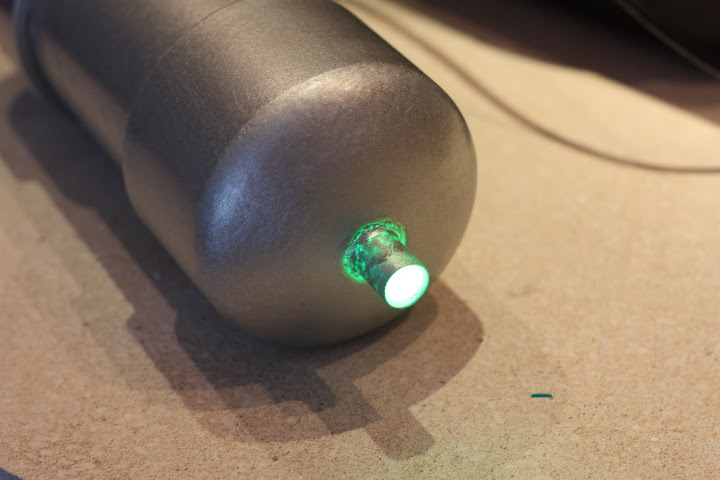 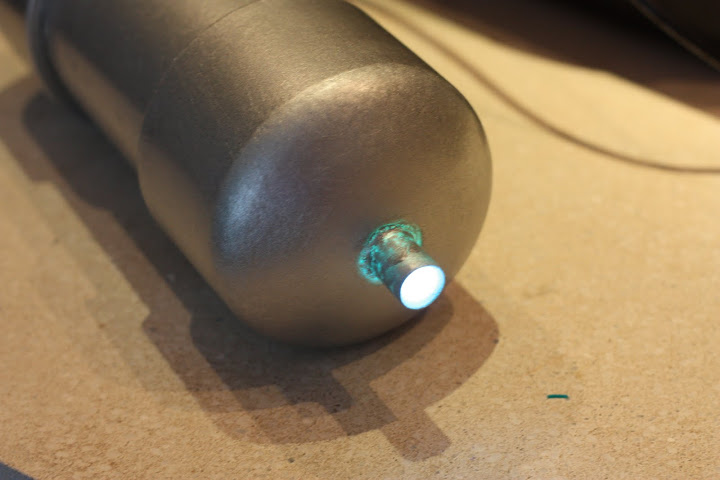 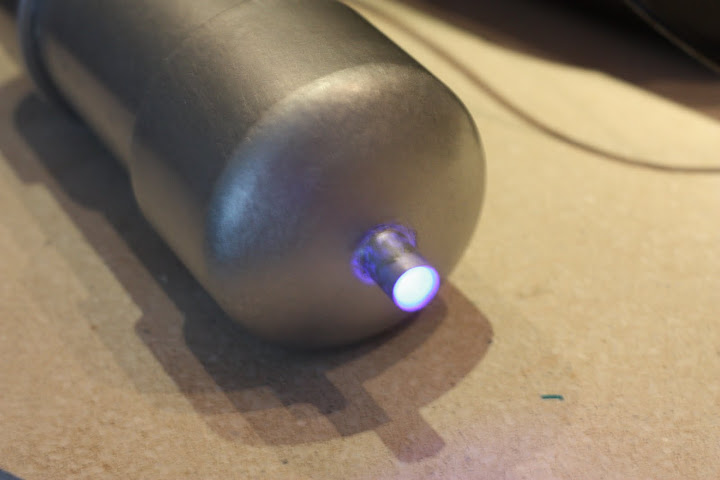 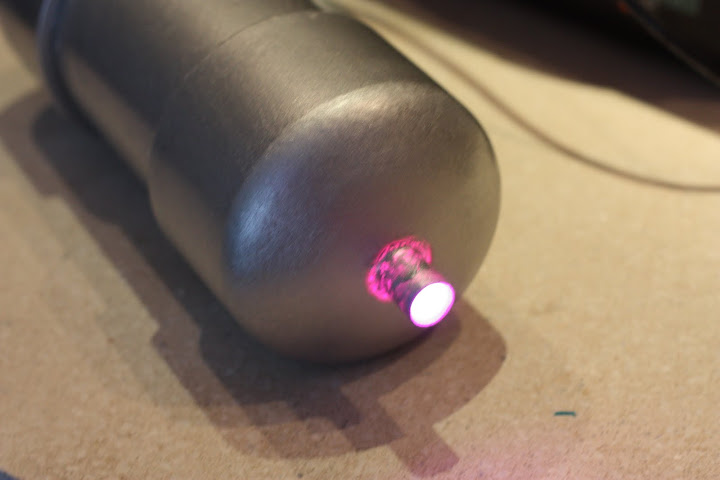 The best part? The light is focused at the end of the nozzle and is coming from 3 small 1/2 watt 8MM straw hat LEDs (about 75 cents a piece). I soldered them together at the cathodes to use a single common negative wire for all three. Then I soldered separate leads to each anode. I'm using cat5 cable for the wiring because I'm only powering them at 12V. Once they were all wired, I covered them in "GOOP" and ran a piece of clear heat shrink tubing around the who assembly. The finished 3LED node slips nicely inside a 1/2" PVC coupler and fits on the end of the center PVC tube. These LEDs do need resistors and they do get hot. In the first prototype I tried to include the resistors in the assembly and they got so hot they melted the solder at the joints. I decided to relocate the resistors to a smaller circuit board that will be housed inside the enclosure for the power supply. I'll probably use one of my D/C control boards from the light show to control these with my computer. This is the base cap. I used a 45 degree 1/2" PVC coupler that I angled into the side of the base cap and pointed at a downward angle. It's glued in with permanent PVC cement then filled with epoxy at the joint. I sanded the outside to form it into the cap and make it look pretty but the inside it looks the same as what I saw on this site, spiraling the flow around the bottom of the jet. Then I fit a 1/2" PVC straight coupler in the bottom allowing me to run a 1/2" PVC "tube" up the center for my lighting element. Other than that, it's the same inside as every other jet I have read about. Scotch pads at the bottom, 400 coffee stirrers and a piece of screen. Each of these layers are stacked around the center 1/2" PVC Tube.

$19.50 for an RGB Laminar Nozzle... Maybe $25 if you had to purchase everything. Now if only this snow would melt so I could take it outside.

So I came across these on Aliexpress a few weeks back. I've got some Fiber Optic ordered to see how it will work with the LED in these but for a plug and play application under $10 these are pretty cool.